Noah was born 1993 in Lucerne Switzerland. After graduating high school, he moved to Zurich to study Sociology and Philosophy at the University of Zurich. After finishing his Bachelor in Sociology in 2017, he began to study Animation at the Lucerne School of Art and Design in the same year. He then finished his studies in summer 2020 with his 2d graduation movie "D'Gschicht vom grüene Chääs" ("the tale of the green cheese"). Noah’s work is mainly characterized by a quiet dark sense of humor, but likewise he tries to pick up also political themes in he’s films such as animal rights or environmental protection. Currently he's working in an Animation Collective with Marion Täschler in Zürich. 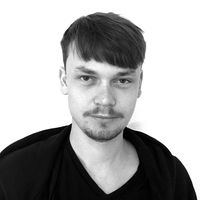 1993
Born in Lucerne, Switzerland
2006-2012
Gymnasium Alpenquai in Lucerne Switzerland
2013-2017
BA Sociology at the Universtiy of Zürich
2019 März - Mai
Internship at the Studio Monströös in Berlin
2017-2020
BA Animation at HSLU - Lucerne School of Arts and Design