Justine Klaiber is an animation director & illustrator based in Zurich, Switzerland. In 2014 she graduated from the Lucerne School of Art & Design in 2D Animation.

As a founding member of the Team Tumult Creative Collective she enjoys working on commissioned projects as well as striving to express her own ideas by visual storytelling. 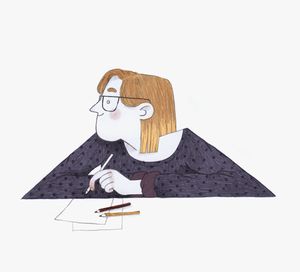