Difference between revisions of "Truniger Fred" 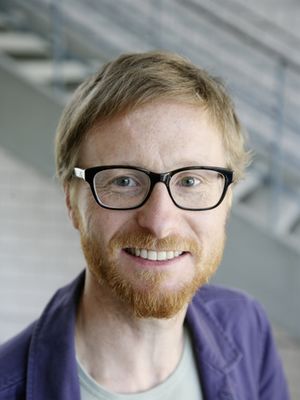 Dr. Fred Truniger studied Film Theory and German Language and Literature at the University of Zurich and the FU Berlin. He received his PhD from the Swiss Federal Institute of Technology, ETH Zurich. Presently he is the head of the MA Film Programme at the Lucerne University of Applied Sciences and Arts.


Since 1991 he has been a member of the program committees in several film festivals. He worked for the experimental film festival VIPER in Lucerne from 1991-1997 where he founded the New Media section in 1995 and organized symposia, exhibitions and film programs. From 1997-2001 he was a member of the selection committee in the International Short Film Festival Oberhausen (international competition). He curated the special program Nützliche Bilder / Useful Images on the relationship of film and science in 1998 and a retrospective of Craig Baldwins films in 2000. From 2001-2006 he was committee member of the documentary film festival Duisburger Filmwoche. In 2005 he co-founded reservoir, a free collective of curators for film mediation which organized shows and discussions of experimental and art films in several Swiss cities from 2006-2009 and also co-published the restored urban riot video Züri brännt (CH 1981).


Fred Trunigers research projects, funded by the Swiss National Science Foundation (SNF), include his PhD-project Filmic Mapping (2004-2008), a research and restoration project on Swiss Experimental Films from 1950-1988 (2008-2013 with financial help from Memoriav, 9 public and private foundations, and the SNF), and Ultrashorts (SNF, 2014-2017) which focussed on the aesthetics and the displays of ultrashort moving images (less than 30 seconds). In 2014 he received a grant to save the video archive of the VIPER Festival. Currently he is working on an ongoing project about artistic research on spatial practices in film outside the cinema: Moving in Every Direction (SNF, 2021-2023).
His publications include Filmic mapping (Jovis Berlin 2013) which explores the films of independent and experimental filmmakers about landscapes. It offers insight into how filmmakers produce knowledge about landscape, how they represented it in films, and how these representations have shaped our understanding of the landscape. Landscape Vision Motion (Jovis Berlin 2012), is a collection of articles on landscape architecture and the moving images. Ultrashort | reframed (Lucerne 2015) is the first publication on ultrashort audiovisual media published in the context of the research project of the same name. Most recently he was a co-publisher of Minor Cinema. Experimental Film in Switzerland (jrp ringier Zurich 2020) an anthology on the experimental film scene in Switzerland from its beginnings to the rise of video and beyond.